Abstract
Fire is a significant agent of landscape transformation on Earth, and a dynamic and ephemeral process that is challenging to map. Difficulties include the seasonality of native vegetation in areas affected by fire, the high levels of spectral heterogeneity due to the spatial and temporal variability of the burned areas, distinct persistence of the fire signal, increase in cloud and smoke cover surrounding burned areas, and difficulty in detecting understory fire signals. To produce a large-scale time-series of burned area, a robust number of observations and a more efficient sampling strategy is needed. In order to overcome these challenges, we used a novel strategy based on a machine-learning algorithm to map monthly burned areas from 1985 to 2020 using Landsat-based annual quality mosaics retrieved from minimum NBR values. The annual mosaics integrated year-round observations of burned and unburned spectral data (i.e., RED, NIR, SWIR-1, and SWIR-2), and used them to train a Deep Neural Network model, which resulted in annual maps of areas burned by land use type for all six Brazilian biomes. The annual dataset was used to retrieve the frequency of the burned area, while the date on which the minimum NBR was captured in a year, was used to reconstruct 36 years of monthly burned area. Results of this effort indicated that 19.6% (1.6 million km2) of the Brazilian territory was burned from 1985 to 2020, with 61% of this area burned at least once. Most of the burning (83%) occurred between July and October. The Amazon and Cerrado, together, accounted for 85% of the area burned at least once in Brazil. Native vegetation was the land cover most affected by fire, representing 65% of the burned area, while the remaining 35% burned in areas dominated by anthropogenic land uses, mainly pasture. This novel dataset is crucial for understanding the spatial and long-term temporal dynamics of fire regimes that are fundamental for designing appropriate public policies for reducing and controlling fires in Brazil. 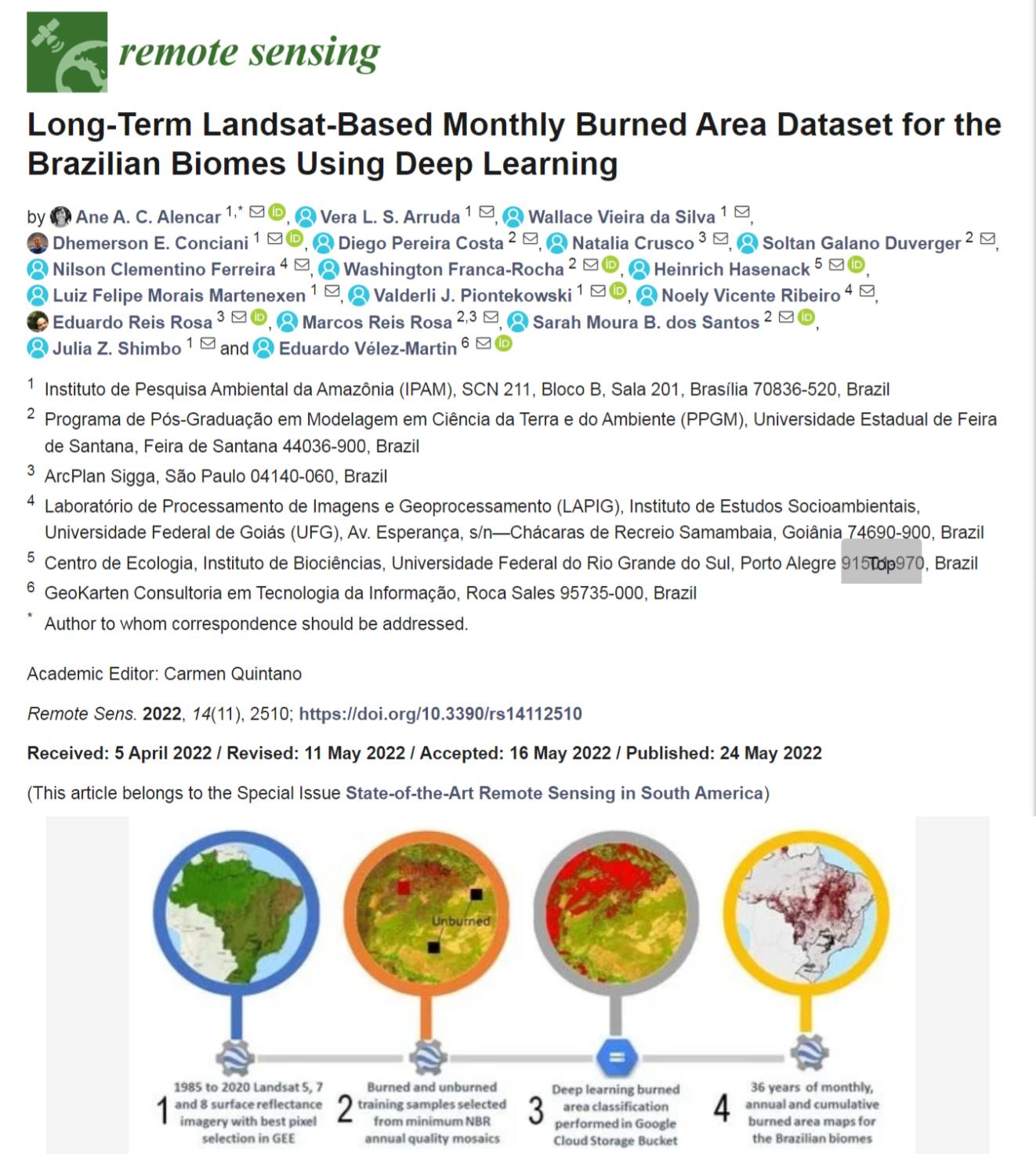